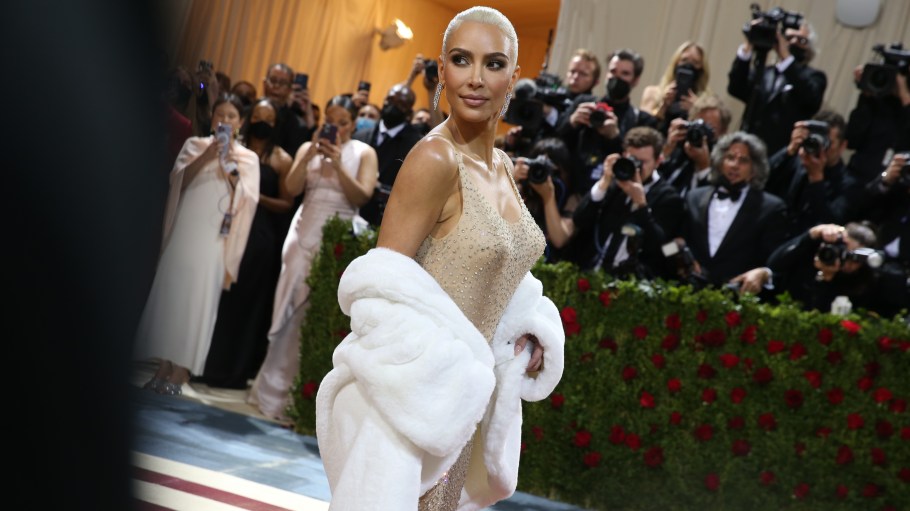 Kim Kardashian is continuing her homage to Marilyn Monroe in another standout fashion moment.

The reality TV star-turned-entrepreneur took to Instagram on Friday to share photos of herself wearing the vintage Norman Norell green sequined dress Monroe wore at the 1962 Golden Globe Awards, where she received the Henrietta Award for World Film Favorite. Kardashian is seen posing in the vintage dress in a hotel room, holding Monroe’s actual Golden Globe Award.

“To top off my night after The Met, I had the honor of changing into Marilyn Monroe’s Norman Norell dress that she wore to the Golden Globes in 1962 — where she received the Henrietta Award for World Film Favorite,” Kardashian wrote on Instagram.

The Skims founder explained in the caption that while tracking down her Met Gala dress, she discovered that Heritage Auctions owned Monroe’s Normal Norell dress and that floral designer Jeff Leatham, who has collaborated with Kardashian for her previous KKW Fragrance brand, was the owner of Monroe’s Golden Globe Award.

“I saw this all as a sign the way that all of the stars aligned,” she wrote. “It will forever be one of the greatest privileges of my life to be able to channel my inner Marilyn in this way, on such a special night. Thank you Heritage Auctions, Barbara Zweig and Jeff for helping to make this memory possible.”

Kardashian’s photos come after the Skims founder appeared at Monday’s Met Gala wearing the vintage Jean Louis and Bob Mackie-designed beaded dress famously worn by Monroe in 1962 when she sang “Happy Birthday” to President John F. Kennedy on his 45th birthday. Kardashian received the dress from Ripley’s Believe It Or Not!, which acquired the gown at a Julien’s Auctions Event in 2016. The dress is reportedly worth $10 million and features 6,000 hand-sewn crystals.

The red carpet moment made Kardashian the most-searched female celebrity at the Met Gala, according to a report from Google.