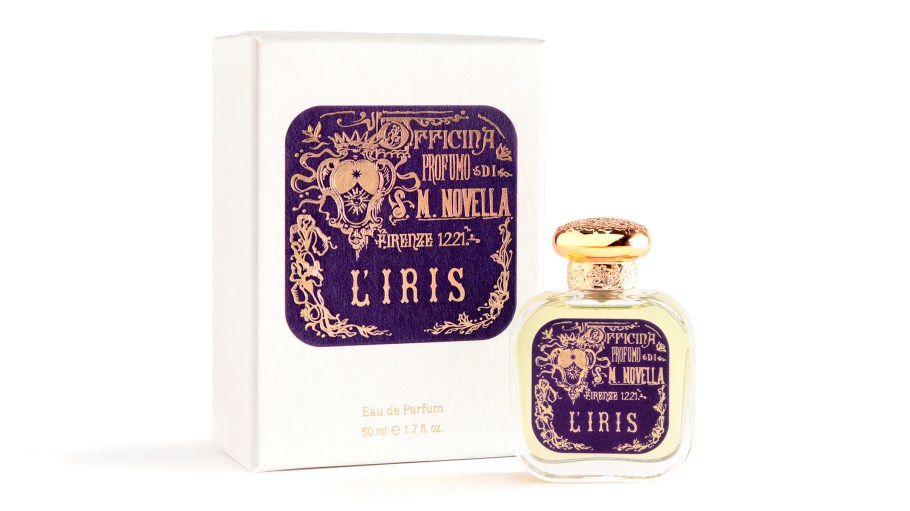 This marks another step in the historic Florentine apothecary’s new course, which was initiated last year when some of its products were tweaked to meet current sustainability demands and the company started to open up to newness while also promoting its heritage. Investment company Italmobiliare — which last year took full control of the brand — is playing a pivotal role in the brand’s new strategy, which is considered a gem of the Italian beauty industry.

“Santa Maria Novella deserves a richer construction that is more in line with today’s savoir-faire in the world of fragrances. Colognes are beautiful, we basically launched them, but we also have a lot to express with perfume structures that are a little bit more complex,” said chief executive officer Gian Luca Perris, who is himself a fragrance entrepreneur and creative director of the Perris Monte Carlo artistic perfume label.

The fragrance will hit the brand’s stores and e-commerce in Europe, South Korea and the U.S. on May 25, and will be the first of a future collection of eau de parfums developed by the brand. This will add to Santa Maria Novella’s expansive portfolio, which includes skin care, soaps, pomades, colognes, candles, ambient fragrances and liqueurs, all delivered in its signature, old-school packaging that has contributed to its charm and success.

For the inaugural eau de parfum, the company wanted to celebrate its roots by picking iris since this is the emblem of the city of Florence and a symbol of purity, in addition to being one of the premium ingredients used in fragrance creation.

Along with iris, which is included in the drydown of the fragrance combined with musk and gray amber, the floral scent mixes neroli with Sichuan pepper in its top notes and blends geranium, magnolia and jasmine at its heart. Coming in the brand’s signature squared glass flacon with a velvety purple label, “L’Iris” will retail at 140 euros for the 50-ml. size and at 210 euros for the 100-ml. format.

If in the fragrance category the company plans to build momentum around this pillar in 2022, the rest of Santa Maria Novella’s assortment will also be expanded in the upcoming months, with a special focus on home collections. The cosmetics range will be further developed beginning next year.

The product expansion mirrors the increase in demand the beauty industry is having across the board. To seize the moment and sustain the trend, Santa Maria Novella has recently boosted its distribution with a series of store openings, beginning in its hometown.

A new door in Florence’s luxury shopping street Via de’ Tornabuoni is “enabling us to have a key visibility in an important area and reach those consumers who still don’t know our brand,” noted Perris. The unit adds to the iconic flagship the company has in Via della Scala, which the CEO described as “the third museum of Florence in terms of visitors.”

The epitome of a unique customer experience with its Renaissance frescoed ceilings, bronzed angels and aromas lingering in the air from potpourri made with local herbs, in the pre-pandemic era this unit alone attracted 520,000 visitors a year — 80 percent of whom were tourists — and accounted for 30 percent of total revenues, which at the time were more than 31 million euros. Sales in 2021 were not disclosed. 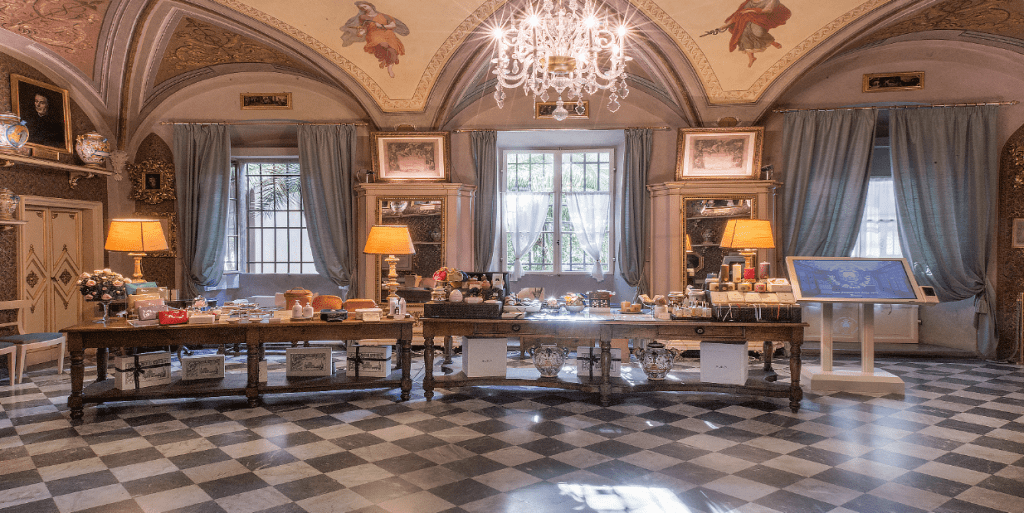 In coming months Santa Maria Novella will open a store in Milan’s Via Magenta, which will add to its unit in the Brera district and the corner the brand installed last year at Rinascente. Conversely to many of its competitors, this 538-square-foot space is not located on the department store’s beauty floor but in the mezzanine dedicated to leather goods of international luxury brands.

“Our offering deserves to have adequate spaces, but we’re also out of the dynamics of classic perfumery brands that are displayed on the ground floor. We have a more complete assortment covering different categories, so we weren’t fully at ease to be next to those who make just perfumes,” said Perris.

On the international front, the company has recently taken direct control of its presence in the U.K. — including the stores in London’s Piccadilly Arcade and Walton Street — and earlier this month reopened its corner at Le Bon Marché in Paris, this time operated directly.

In addition to entering the Chinese market, Santa Maria Novella has boosted its presence in the U.S., where it aims to further accelerate.

“We’re very happy about how things are going Stateside, in terms of the performance of our four direct stores and even more for our online sales, which are growing rapidly. This month we hired a country manager for this market, which we think was needed given the ambitious plans we have for this market,” said Perris.

The best-performing country for the brand remains South Korea, where Santa Maria Novella has a flagship and 20 corners but generates more than half of its sales online. The local consumers are particularly drawn by the label’s rich storytelling and its floral colognes, with the Fresia cologne and the Rosa Gardenia scent launched last year are among the bestsellers. Perris noted that complementary products in the same notes are also doing well, ranging from shower gels and body lotions to the brand’s signature scented wax tablets to perfume drawers and closets.

After South Korea, Europe — especially France, England and Italy — and the U.S. are the top markets, followed by Japan and Australia.

The company opened its first store in Sydney last year and, according to Perris, the local audience “was impressed” by the offering, which was formerly available only in a few specialty stores. This convinced the brand to launch a second unit in the city this summer and a location in Melbourne, Australia, by the end of the year.

Even if all products are manufactured in-house at the company’s factory in Florence, Perris acknowledged that supply chain issues — encompassing sourcing of raw materials and spiking prices for transportation and energy — are the firm’s biggest challenges right now.

“Part of the problem is that our volumes are increasing a lot; in the first quarter we grew 50 percent compared to our record year.…For what concerns delivery time, it’s a disaster, especially to ship to the U.S., delivery time has tripled,” noted the CEO. He also mentioned that some of the brand’s suppliers, like the ones of paper packaging, used to deliver goods in 45 days but that has stretched to six months.

“We started to notice these problems in October and have been proactive in anticipating our sourcing. Despite this, the first three months of this year we had huge challenges in shipping.…I see the situation getting better in the next two to three months. It looks like we are finding solutions to what has been a drama from December onward,” concluded Perris.